Out of The Bug Jar 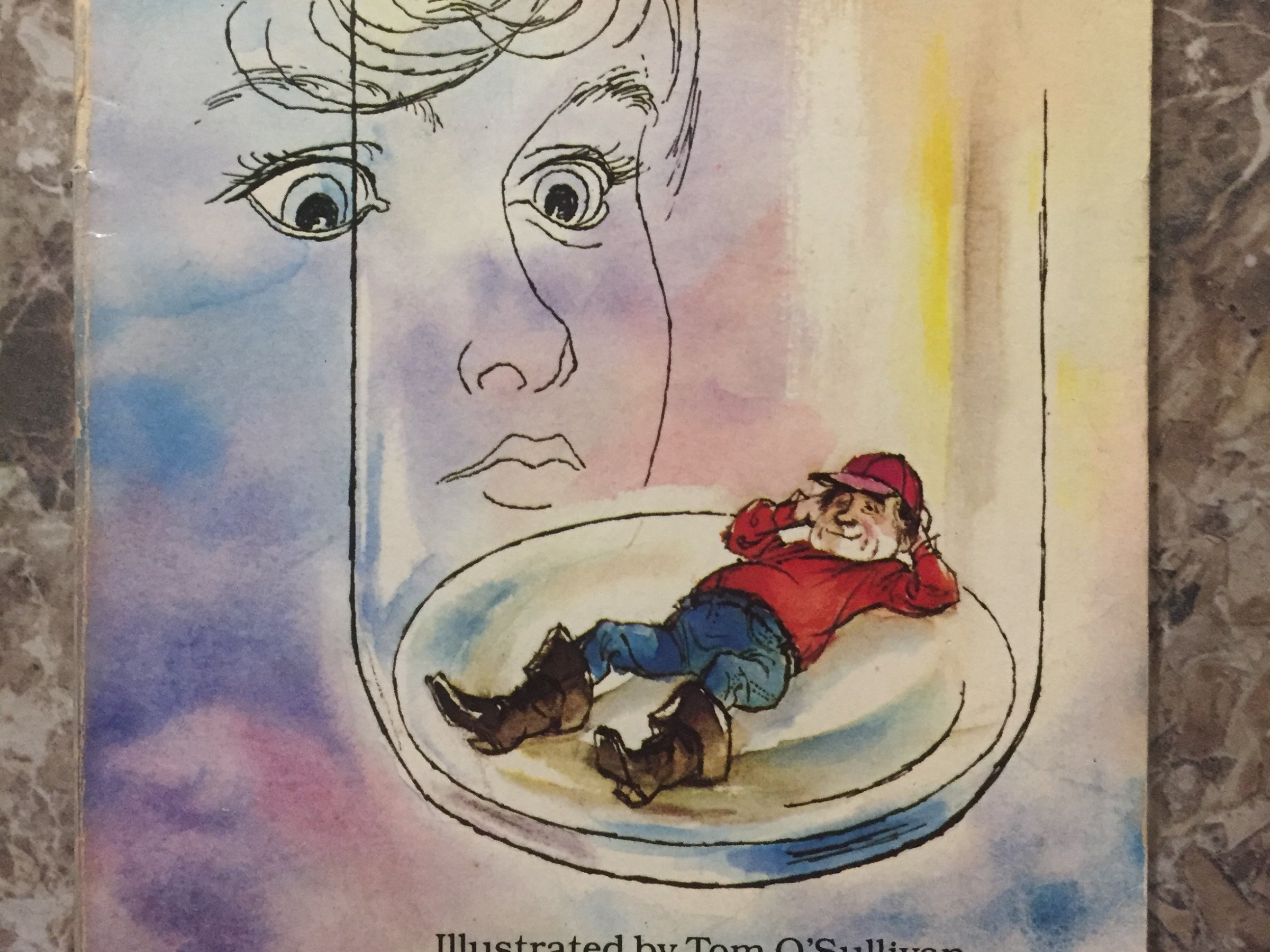 Someone once asked me “What are three books that influenced you the most?” And I had an immediate answer. He wasn’t expecting, however, for them to all be children’s books. Perhaps I wasn’t either, but there you have it. When we were children my parents brought us to the library on a very regular basis. I took a long time to venture out of picture books (which I still love) and didn’t always have the attention to stick with a book until the end. As my mother tells it, there was one book I renewed over and over again reading more times than she could count. That book was Out of the Bug Jar by Kathleen Thomas. This is the first of my three most influential books. (I will post about the others separately)

I don’t remember reading it as much as my parents claim, and I have not read it in over a decade, yet I have never forgotten it. I think the impact it had on me was not so much the plot or the characters, but the idea that a tooth fairy is not a pretty princess type creature with perfect manners. The idea of a tooth fairy being a cranky old man in jeans, boots and a baseball cap was truly imaginative to me. (Not to mention I was a big fan of cowboy boots at the time).

Marvin the tooth fairy ends up causing problems and bossing Tom Jenkins (the main character) around more than expected. I think it may have been the first book to create things exactly opposite of how one would expect. Therefore, two things changed for me.

First of all, it was certainly my first “favorite book” I think I ever had and the idea of re-reading a story multiple times introduces a whole new relationship one has with books. I realized it wasn’t that I didn’t love to read, it was that I needed extraordinary stories to keep my interest.

Secondly, I absolutely fell in love with the fantasy genre and all things out of the ordinary. I’m not saying that I would ever want to read about Santa Clause being anything other than what he is, but I have read stories about Death being a human who accidentally got the job, (On a Pale Horse by Piers Anthony) as well as Dream being  an insensitive melancholy fella with more powers than any reader could imagine (The Sandman by Neil Gaiman).

I already enjoyed the fantasy genre and beautiful stories of imaginary people and places, but Out of the Bug Jar broke the mold for me and I wanted more stories that delivered the unexpected and not-so-perfect characters. Those were the ones that kept me coming back for more. I would love to hear about your first favorite book ever, or what book influenced you the most. Even if you are just seeing this post for the first time a year after it’s been posted, go ahead and comment; it’s a question that never gets old for me. (also, it may take a year or so for anyone to see this post anyway)

3 Comments on “Out of The Bug Jar”